A Simple Guide To A Bible Translation From The XVII Century 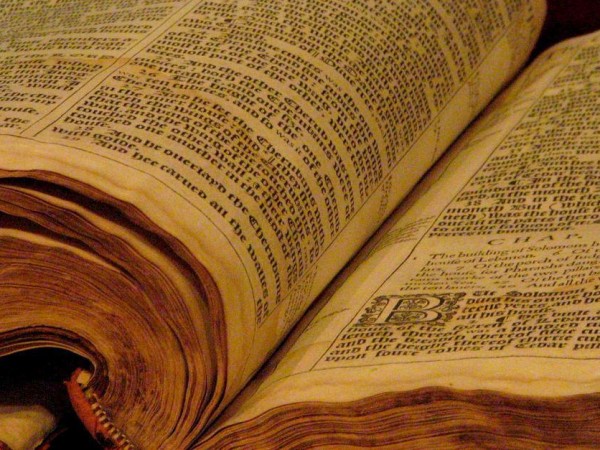 When Queen Elizabeth died in the early XVII century, the throne became easily attainable for King James VI of Scotland since she was childless. Once the inauguration ceremony ended, the King was named King James I of England. Although England and Scotland were at war at the time, many people saw the coming of a new foreign King as an opportunity for the religious reform they had all been waiting for. And they weren’t wrong. Namely, King James agreed that a new translation of the Bible was of a paramount importance for his people and their faith.

The new translation was initiated in 1607 when fifty four Bible experts and translators gathered in Cambridge, Oxford and Westminster to discuss the matter at hand. Although some of them were from different religions and different cultures, they all agreed on one thing in particular: the translation should be understandable for everyone, because a lot of the people were illiterate at the time.

Every translator had to translate the same section and then compare it with the rest of the translations. It was a really innovative approach for the time and the fact that everyone took their task seriously made it even more interesting for the historians. There was even a Revising Committee that listened to the translated text rather than reading it, because back then people were more likely to listen to someone read the passages of the Bibles than to read it themselves.

That is precisely why the language had to be clear, simple, adequate and most of all, truthful to the original. Finally, after three years of devoted work, the King James Bible was completed in 1610 and was printed out in 1611. However, a few years later the Geneva Bible was still the most popular version of the Holy Bible around, but since its printing stopped after 1616 in England, the King James Bible or the Authorized Version as it was commonly known, took its place. As of today, the King James Bible is the most widely printed and distributed Bible translation in human history and it not only holds a really important place in the history of Christianity, but it also contributed a lot to the development of the English language, like for example the birth of some idioms that are ever to be used in everyday conversation.

The King James Bible was also famous for the numerous typos that were made during the printing process but were later on corrected and perfected for the sole purpose of giving everyone a comprehensible text. And finally, one of the most valuable things about this version of the Bible is that it contains indisputably mesmerizing poetic language of the 1600’s, more than any other version that is.