A Simple Guide to SSDs: The Whats and Hows 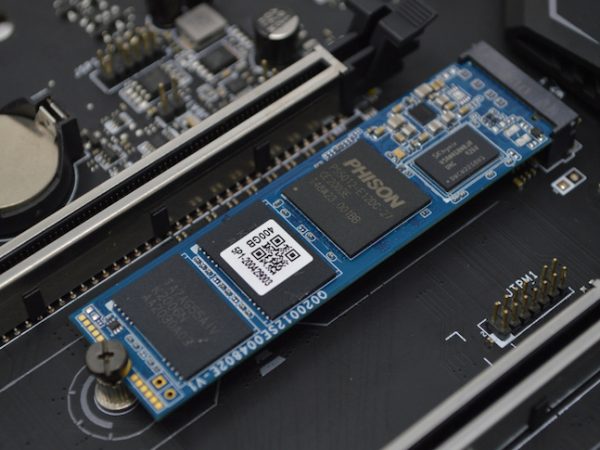 Is your computer booting up slower than usual? Or maybe you’re taking more time to access files, documents or photos that you need for work? Slow storage is what kills computer performance more than anything else, no matter how fast the CPU, or the installed RAM. If you’re still running older Hard Disk Drives (HDDs) or need to expand storage and improve speed, then consider a Solid-State Drive (SSD).

Why Install an SSD on Your Computer?

The major benefit of SSDs over traditional hard disks is all down to speed. SSDs boot computers that much faster, help with speedier workflow by opening applications and programs quicker and have faster read and write times meaning quicker transfer of files. Multitasking is simple and lag-free. In addition, with fewer moving parts SSDs are more energy-efficient, quieter and more reliable. And all this convenience is getting cheaper by the day. SSDs have been around long enough, that even the most basic and inexpensive solid-state drive will do wonders for your PC, Mac or laptop.

Though there are SSDs for virtually every computer, different types in terms of form factor, connecting interfaces and buses used in data transfer limit which type of SSD you can install in the compatible slots on the computer’s motherboard. Buying the right Dell SSD means understanding the differences and the benefits different SDDs provide.

To ensure that the SSD is compatible with your Dell desktop or laptop, you’ll need to specify it with the right interface. There are two interface SSDs are built for – SATA and PCIe. SATA is a slower interface and one that is used with HDDs. Replacing the HDD with a SATA SSD in an older laptop or desktop can bring up to three times faster performance if you opt for the newest SATA 3 interface.

PCIe is a faster interface that uses PCIe lanes to transfer data between connected devices likes SSDs and the computer’s CPU. There are several versions with the current PCIe 4.0, also called NVMe, bringing some of the fastest speeds in data transfer to date. To check the type of DEll SSD on your Dell computer a simple right-click on the start icon in the taskbar brings you to Disk Management. When in the Disk Management Window, right-click on the SSD name and click Properties and the pop-up window displays the type and manufacturer name of the SSD. Simple.

There are three form factors or shapes of SSDs – 2.5-inch SATA, M.2 SATA and M.2 NVMe/ PCIe SSDs. 2.5-inch SATA SSDs are the same shape as 2.5-inch HDDs in laptops and with a data cable connected to the port, and a power cable from the power supply unit. This makes swapping out your old HDD for a speedier SSD a simple task.

M.2 SATA are smaller and in the shape of a stick, and slot onto the motherboard. Both types have similar read and write speeds regardless of the different shapes.

M.2 NVME or PCIe SSDs resemble their M.2 SATA siblings in form factor, but come in much faster – almost ten times. High-end PCIe Express Gen4 SSDs used on desktops can reach speeds of 7000 MB a second = speeds that even the most demanding users like video content creators find more than enough.

Which SSD to Buy?

Once you’ve solved compatibility issues, there’s capacity, read and write speeds and brands to think of. And here prices differ significantly. Smaller capacity SSDs with 120/128 GB aren’t worth the cost as they only have enough storage to boot up your computer, and store some basic apps. Here you’ll be relying on the cloud for any extra storage you’ll need. SSDs in 240/256 or 480/512GB (for NVMe and SATA respectively) are the norm in most laptops and PCs sold today, and are worth considering if you have bigger files, like photos, and songs and movies. Capacities like these will be enough for home use, but more demanding users like gamers, pro photographers and anyone into binge-watching their favourite series might be better off with larger drivers in 1 or 2GB.

Read and write speeds determine loading times. For pros, it also means faster and smoother workflow. As mentioned, PCIe 4.0 SSDs are capable of lightning read and write speeds, but you do have to shell out quite a bit of cash for the privilege. Mid-tier speeds (PCIe 3.0 with 2000MB/s read and 1750MB/s write speeds for instance) are more than enough for everyday use.

Lastly, consider brands. SSDs are an investment, so go with familiar names. Respected manufacturers offer warranties (5 years is the norm), meaning constant read and write speeds throughout that time, and that the SSD won’t falter, risking losing all personal data.