A Simple Guide to the Uses and Advantages of Pallet Lifters 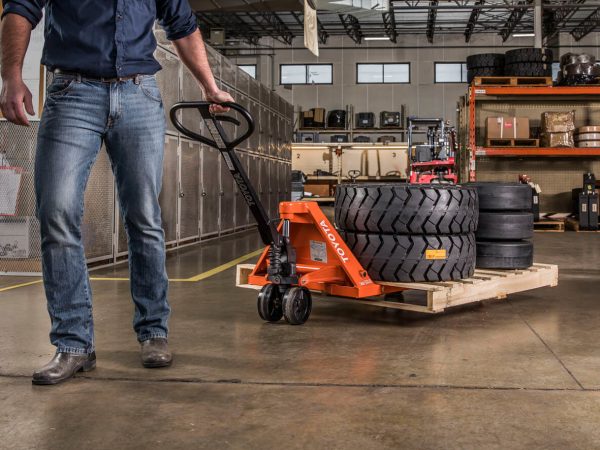 Very few logistics and supply businesses can manage without some kind of a pallet jack. They’re so vital that they can often make or break a business. Even though handling supply materials is still often considered tedious, today it’s faster by orders of magnitude than it used to be. The principal tool for managing your supply and chain business is the humble pallet lifter, which is something that every warehouse should have. They’re incredibly useful to have, as they have a lot of uses and advantages to them, so you should always consider using them as much as possible. 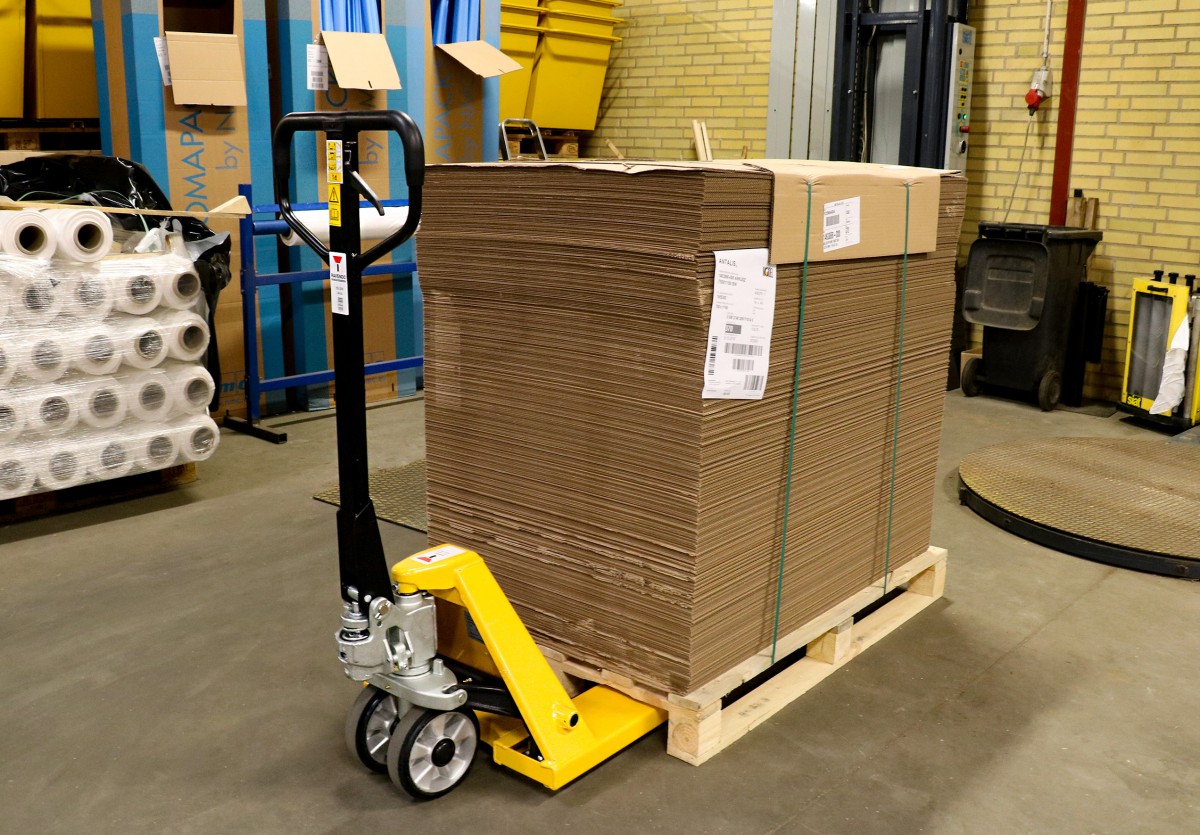 One of the most basic elements of pallet lifters is their inherent ability to boost productivity. They’re always great to have in a warehouse of any size, because more often than not you’ll want to stack everything as quickly as possible. If efficiency is what concerns you, then you should immediately start looking for a pallet lifter for sale, because by simply being able to carry great loads, the pallet lifter will boost your warehouse’s productivity through the roof. They’re also quite compact, meaning they’ll be able to fit anywhere, so you won’t have to worry about them fitting in tight spaces.

Pallet jacks are highly customisable, and very few people know that. They have a sort of modular nature, in a sense, because you’ll be able to integrate important add-ons if the need arises. One of the most sought-after add-ons is the integrated scale feature. This might not be important for warehouses where you don’t need to weigh materials, but it’s invaluable where you not only have to weigh them, but also have to do it constantly because the integrated scale allows you to weigh it while moving. You can even install small printers that are able to print the load’s weight.

An unsafe warehouse is not a place where workers want to be, and that is exactly what pallet trucks prevent. While training is still required for the workers to be able to handle the pallet lifter properly and carefully, that training is relatively straightforward. Once it’s done, you’ll immediately see how safe they are, and even the statistics point that out. On top of that, all pallet lifters have built-in safety features that reduce risks of injury even further. Once your workers feel that extra safety, they’ll be able to work even more productively. 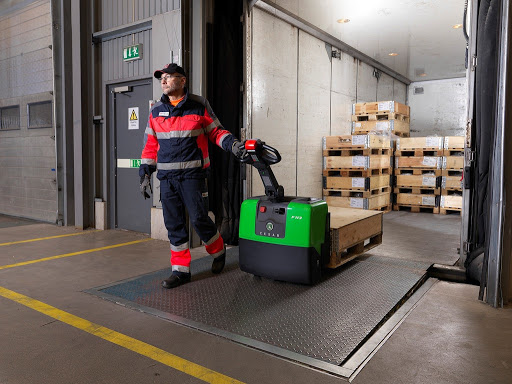 Another amazing advantage to using pallet lifters is that they significantly lower the costs of operation. As most pallet jacks are either electric or manual, they require significantly less energy to operate, in contrast to similar equipment that functions on gasoline. Plus, the electric ones charge quickly and last quite a bit of time. They also require minimal maintenance and are extremely durable, which means you won’t have to repair them regularly or change their parts often. This is a significant factor when it comes to keeping lower operational costs.

You can always count on pallet jacks to be versatile because that is one of their intended design features. They come in varying shapes and sizes and can be used in different industries. It’s very easy to choose one depending on your needs, and you’re practically guaranteed to immediately find one that suits you perfectly. On top of that, they’re capable of transporting any type of product or material, which only adds to their factor of versatility.

Manual pallet jacks are always considered the default option and are usually incredibly easy to find. They have low initial and low maintenance costs, and they’re very simple to operate. However, the downside is that using them is cumbersome and tiring, and it is possible that some minor injury might occur. Electric jacks are almost identical to manual ones, with the exception of them being powered by an electric motor. They can typically last for several hours before needing to be recharged, and they have a ride-on variant which is great when you need to transport the goods horizontally, rather than vertically. Electric models tend to cost more than manual models and require a bit more training, but they’re the safest option available. 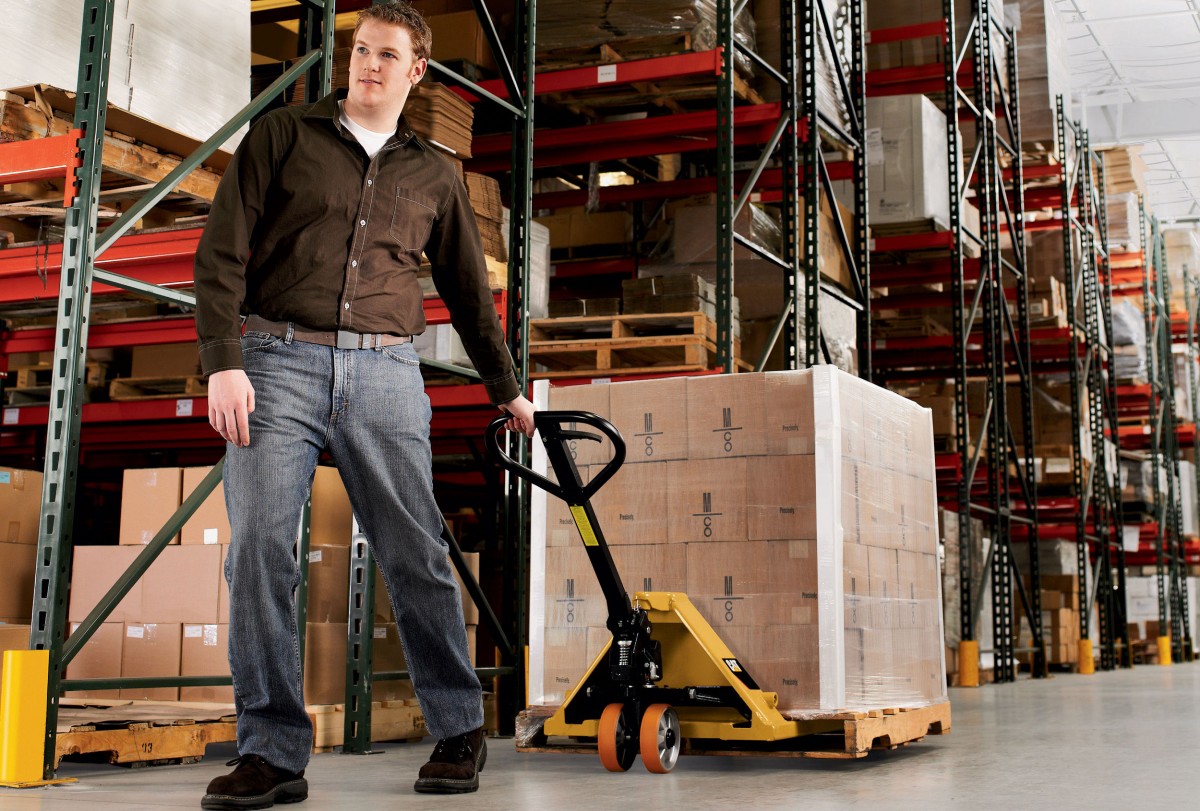 Where Are They Used

It’s pretty well-known that most, if not all, pallet jack lifters are used in warehouses. They can do wonders when you want to transport one or more pallets with ease, either to a different part of the warehouse or to a transport lorry that’s waiting to be loaded. They are typically considered to excel in warehouses where a forklift will either not fit, due to space constraints, or is not economically feasible. On top of that, they produce absolutely no emissions, so they’re safe to be used in any indoor environment.

Pallet lifters are an incredibly useful and versatile tool that is great for use in any type of warehouse. They provide boosts to the warehouse’s productivity, and coupled with the fact that they’re incredibly safe, they can even positively affect your workers’ morale. If you were on the fence about getting a pallet lifter, you should now be convinced that they truly are a great piece of equipment.