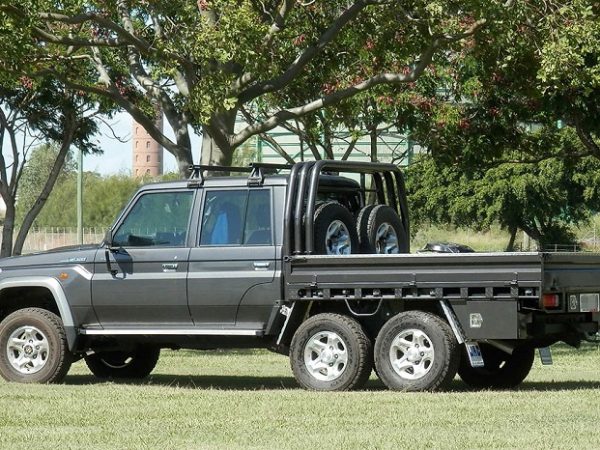 Utes are incredibly versatile vehicles that are able to fulfil several uses at once. They are particularly great when you want to transport something that you wouldn’t use a car for, as well as tons of very useful accessories. It’s one of those types of vehicles that pretty much everyone in Australia owns, and for a good number of reasons, and one of them is being able to install trays on your Ute. They’re great for a lot of reasons, which is why we’ve compiled this handy list for you.

It’s immediately obvious when you take a look at Utes that they have a greater storage capacity than most other cars. However, that doesn’t mean that it will always be enough. One of the biggest uses of Utes is for transport, so when their storage capacity isn’t enough, you might feel tempted to buy a new and bigger Ute. However, that doesn’t need to be the case. By simply installing a Ute tray you’ll be able to carry more things by a significant margin. But that’s not all because the trays allow for quite easier organisation of the items you’re going to carry. You’ll be able to install a lot of accessories on the tray, such as a toolbox, ladder rack, drawers, and canopies, which means you’ll immediately have greater functionality for the Ute.

A big concern for Ute owners about Ute trays is the possibility of compromise when it comes to cabins. That compromise might come as comfort, or storage space, or even usability. However, that is definitely not the case. That’s because Ute trays are as versatile as they could be. You can easily install a dual cab tray on your Ute that will allow you to keep using your cabin without making any sort of compromise or sacrifice. That’s a big reason why dual cab Ute trays are so popular nowadays. Long gone are the days when you had to make unwanted or unnecessary modifications to your Ute. You simply install the tray and immediately start using it.

Utes are a unique vehicle, for sure. They’re not only used as cars, but they can also double as a mobile office, of sorts. If you work in a field where you always have to transport things, then using a tray means you’ll be able to always have everything on the go while the items themselves are neatly organised. By using the Ute as a mobile office and having a tray installed, means you’ll also be able to maximise the storage space. Once you’re done with work, you can easily use the same space for recreational items, such as camping gear. Before you know it, you’ll barely even need an actual office anymore.

Most default Ute configurations, the ones that come with default Ute tubs, aren’t all that customisable. They’re definitely useful, by all means, but that doesn’t mean that you can count on them all that much if you want to customise the storage space. With custom Ute trays, you can easily customise pretty much all aspects to it. Installation of further accessories is incredibly easy, and you’ll be able to install a lot of them. Not only that, but Utes are designed to be able to withstand the added bulk, even though most trays are very light because they’re made out of aluminium. In the long run, this will barely even affect your fuel efficiency.

All of us know that Utes are widely used in Australia. That’s because they’re a very practical vehicle by themselves, and they can easily serve any type of profession. Utes are used by plumbers, electricians, builders, carpenters, and all kinds of tradespeople for the sheer practicality of Utes. However, that doesn’t mean that Utes, on their own, are have maximised their practical potential. Ute trays allow for even increased practicality because you’ll be able to design exactly what you want your Ute to be used for. There’s a significant variety of Ute trays and accessories, and you can even help design your own custom-made tray. That means you’ll be able to work with increased efficiency at all times without any drawbacks.

Utes are considered very safe vehicles at all times. The safety of the vehicles is never in question, especially when in regards to trays. However, the tubs are an entirely different matter. If you have a lot of valuable goods stashed in the back of your Ute, you’re probably going to be keeping a constant eye on them. With Ute trays, you can easily install lockable compartments to keep your goods safe and secure. You easily make the whole tray a lockable cage if you want to. Before you know it, you’ll never have to worry about your goods’ safety on the trays.

Good Use of Space

Since Ute trays are made out of aluminium, they’re very thin and light. That means you’ll have significantly more space than you would have had otherwise, and you’ll be much more flexible in organising the space. That’s because you can also easily place flat trays over the wheels, which clears up space even more.