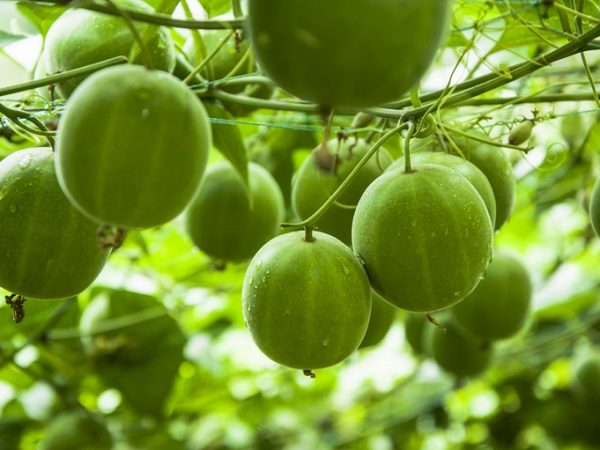 More and more people are becoming conscientious of their diets today especially when it comes to their sugar intake. With the prevalence of type 2 diabetes, and other related diseases such as high blood pressure, fatty liver, weight gain, and other types of inflammation, health-conscious individuals are seeking healthier alternatives.

If you are trying to limit your sugar intake, you are probably considering using artificial sweeteners or other sugar substitutes that are promoted as healthier options. Artificial sweeteners can be found in a variety of foods and beverages marked under the label “sugar-free”. However even those “natural sweeteners” undergo processing and refining.

However, choosing the proper artificial sweetener for your diet and lifestyle can be confusing as there are so many on the market. One of the most popular ones though is Monk Fruit.

What Is Monk Fruit Sweetener?

Monk Fruit is considered to be one of the best, nutrient-dense, low sugar alternatives. The monk fruit is also known by the name “Buddha fruit.” It’s a small, round fruit grown in Southeast Asia. Buddhist monks in the 13th century were the first ones to cultivate this plant which is how it got its name. Monk fruit sweetener is made by removing the skin and seeds of the monk fruit, crushing the fruit, and collecting its juice. This plant provides many health benefits which is one of the reasons why you should consider adding it to your diet.

It has been used for centuries in Eastern medicine for cold and digestion problems. The monk fruit sugar plant is 150-200 times sweeter than regular sugar. This feature classifies it as a “high-intensity sweetener,” according to the Food and Drug Administration (FDA). Many manufacturers mix the monk fruit sweetener with other natural products, such as inulin or erythritol to reduce the intensity of its sweetness.

The monk fruit sugar plant contains many nutrients. It has a very small amount of calories and carbohydrates, just as most of the fruit and vegetables. When consumed fresh, it contains 25% to 38% carbohydrates as well as vitamin C. However, because of its short life after being harvested, it isn’t commonly used fresh but it’s often dried and processed. The only way you can enjoy eating it fresh is by visiting the Asian regions where it actually grows.

Monk fruit boasts many anti-inflammatory properties and has been used for centuries for making hot drinks to help soothe a sore throat and reduce phlegm. Mogrosides, the plant natural compounds, are known to have many healing properties as they help prevent any damages to DNA.

As mentioned earlier, high intake of sugar has been linked with many diseases including obesity and heart disease. Given the fact that artificial sweeteners have virtually no calories, they might be an ideal option for people who are trying to lose weight.

The monk fruit sweetener obtains its sweetness from its natural compounds called mogrosides. Since they are not absorbed in the gastrointestinal tract, they will not attribute any calories to your diet. When used in its pure form, monk fruit contains zero calories which makes it a safe and good alternative for diabetics.

Cancer is caused due to the changes made to the DNA caused by free radicals. Many findings and research show that the monk fruit has anti-carcinogen properties which have the ability to prevent skin and breast tumour growth. One of the compounds found in this product, mogrosuide V is believed to inhibit the growth of cancer cells and stimulate the secretion of tumour-suppressing molecules in the body.

Sugar is considered to be one of the main causes that can lead to premature aging. Inflammation of the body cells and its degeneration are all linked to consuming too much sugar. However, regular consumption of monk fruit is linked to a longer lifespan. The antioxidants in the fruit’s mogrosides are fighting against free radicals in the body, protect it against inflammations, and providing many healing properties.

Monk Fruit Side Effects and Drawbacks

It is generally considered to be a safe fruit since there are very few side effects and negative reactions that have been reported. However, there are few drawbacks worth mentioning.

As with any food, there is a risk associated with having an allergic reaction to monk fruit. Even though monk fruit allergies are rare, there is still a risk if you’re intolerant to some of its substances. This fruit is a member of the Curcurbitaceae family (also known as the gourd family) which includes pumpkin, squash, cucumbers and melons. So, your risk is higher to have an allergic reaction if you are intolerant to any of these foods.

The monk fruit sugar plant is challenging to grow, harvest, and dry, which makes it an expensive food that’s harder to import and process.

Are Monk Fruit Sweeteners Safe for Children, Pregnant Women, and Women Who Are Nursing?

Monk fruit is approved by the Food and Drug Administration program and can be found on the list of “generally recognized as safe “(GRAS) substances. This means it is safe for everyone, including children, pregnant and nursing women.

How Much Monk Fruit Is Safe to Use?

Since there hasn’t been extensive research done around the Acceptable Daily Intake (ADI) of this product, the standard and recommended dosage still hasn’t been set. However, it is estimated that is safe to consume 6.8 mg/kg of body weight each day.

Sticking to a ketogenic diet involves avoiding food like high carbs, starches, desserts, and any processed snacks. This way of eating is essential to help you reach a metabolic state called ketosis, which causes the body to start breaking down fat stores to produce energy. For this reason, reducing sugar consumption is a must. The monk fruit sweetener contains zero calories and carbs making it a perfect choice for the ketogenic diet.