Guide to Australian Finest Whisky: Give These Bold Spirits a Whirl 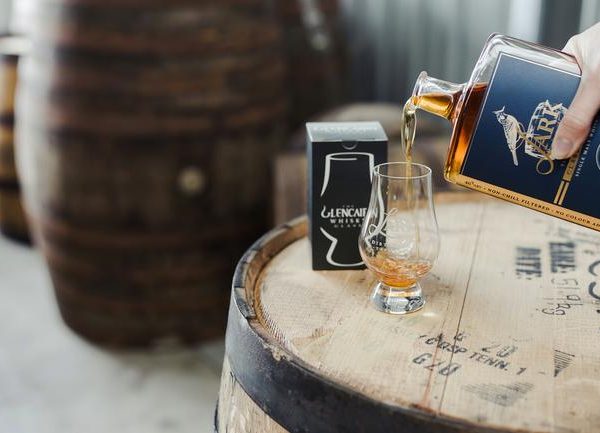 When it comes to the world’s best beverages, none has received a more resounding reception than his majesty Whisky. Now you might think of the king Scotch whisky, but this spirit is produced in various guises all over the world. Japanese whisky, Irish whiskey, and American Whiskeys are all noteworthy in both quality and abundance.

There are also many great Australian whisky brands. In fact, Australian whisky is some of the best liquid gold out there. Though Australia is known for producing some of the most elegant wines in the country, Australians are an adventurous bunch who have a hunger and desire to explore quality drinks such as whisky, beer, and gin instead of being just wine drinkers.

The great thing is that whisky is a diverse beverage that has a versatile taste, so it appeals to a broad range of palates. Bourbon, rye, single malts, blends – these all are whisky. Basically, the whisky industry is a big melting pot. And thanks to the wave of young Australian producers getting creative with the use of grains, whisky is not only a gentleman’s drink.

These days, it’s a drink you can enjoy with your close friends, or savour while making new friends at the local pub. And there are a number of different ways to enjoy whisky: you can drink it neat, shake or stir into a modern cocktail, or prepare classic whisky cocktails with the varieties available at the reliable online whisky shop. Read on to learn about the wide world of this incredible spirit to boost your enjoyment.

Whisky is a distilled alcoholic drink made of specific grain or grain mash. It started life in Europe before making its way to the US, Japan, and Australia. By the 15th century, Alexandrians, Medieval Arabs, and Latin Europeans have spread the distillation process to the Scots and Irish who already had a well-developed tradition of cereal farming at the time.

They used the technique to distil from a variety of grains (corn, rye, wheat, and barley) relying on wooden casks to produce a spirit with a distinct flavour profile. And when paired with the ageing constant known as a time, magic happens. Nowadays the spirit must be aged for at least three years in an oak barrel to be rightfully called “whisky”. After all, it’s all about taste and accessibility.

The fermented mash of cereal grain distilled and stored in wood has spread throughout the world and has resulted in an astonishing range of styles, including single malt, rye, wheat, and blended whiskies. When it comes to the Australian options you can find at your chosen online whisky shop most of the whisky produced in the country is single malt.

The centre of Australian whisky is Tasmania with more than a half of around 20 whisky makers located there. Well, it’s not a coincidence. This island state of Australia has everything one needs to produce malt whisky – barley, water, suitable climate, and even peat.

Once the malt is fermented and distilled, the Tasmanian whisky usually then spends time in ex-pinot, Sherry, or Bourbon casks. Other whisky-producing regions in Australia include New South Wales, Victoria, Queensland, and Western Australia.

What does whisky taste like? The world of whisky is so vastly diverse, so it’s impossible to give a definitive answer about how it tastes. There are basically thousands of different types of whisky, and each one has its own character and offers a unique sensory experience. Australian whisky has really a distinctive taste since distillers don’t commit to traditional production rules and do not follow established styles.

The country hosts around 300 distillers and most of them add their own angle to this category. Today craft producers focus on liquid quality over cost and scale, which gives the Australian whisky industry a chance to expert with flavours and profiles. Many of the top Australian whisky brands can be found through online whisky shop merchants or in liquor stores all over the country.

While most go straight for Tasmanian Lark Distillery and Sullivan’s Cove, some venture out and explore the broad range of palates from Sydney’s Archie Rose White Rye Whisky and Melbourne’s Starward Solera, to Limeburners Muscat Cask. No matter which one you choose, you will have a magical experience for sure considering they’ve become award-winning options. A difficulty you may encounter, however, is not knowing what to buy first!

Same as with any drink, instead of following the trends, it’s important to let your taste do the choosing from the range of whiskey specials. If you want something truly flavourful and aromatic, be careful with the ageing – the longer the ageing, the better the quality of the product, which would stand out with the character.

Also, when it comes to taste, you need to ask yourself whether you prefer your whisky fruity or sweet, or wouldn’t mind something truly unique and spicy. Moreover, you’d best pay attention to how you want the whisky to go down too – smooth or not so smooth. For example, Nant’s Single Malt option, known for its smooth and woody finish, is a great choice when you’re after an easy-drinking spirit, whereas Bakery Hill’s Cask Strength Single Malt whisky is for those who can handle the heavier finish.